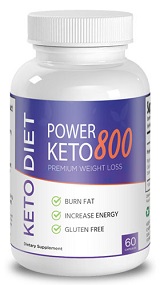 During Exercise, Should You Drink Anything Other Than Water?

If you are planning on doing some serious exercising, then you are going to lose a ton of fluids and so you need to keep drinking liquid to replenish them. Now, you may instantly gravitate to water, and rightly so, it is a great thing to drink while exercising, but there are other drinks out there for people who are exercising. If you go through the supermarket, you will see plenty of drinks meant for people exercising, many claim that they help replenish things lost while exercising. For example, think of sports drinks like Gatorade or Powerade, which claim to replenish electrolytes. But, do these drinks actually help you and should you drink them instead of water? There are a couple of advantages and disadvantages to replacing water with a sports drink like Gatorade.

Carbs help keep your body going, both during and after a workout, they are also crucial in helping your body repair itself after a tough workout. So, you should try and get some carbs into your body before, during, and after a workout session. People doing endurance training or long distance running may consider bringing a carb-rich snack, like fruit or an energy bar, with them and eating it while they exercise. As it happens, many of these sports drinks are rich in carbs, which does help you when exercising.

Sometimes water can get a bit plain and boring. This is especially true if you find yourself exercising and drinking lots of water every day or every 2 days. The good thing about energy drinks is that they come in a variety of different flavors, which allows you to spice things up a bit.

When you sweat you lose vital minerals like potassium and sodium. Sport’s drinks are full of these minerals and help you replenish them after an intense exercise session.

Probably the main issue with using drinks besides water is that they tend to be loaded with sugar and calories. Water has next to no calories, which makes it useful for those trying to lose weight. On the other hand, dieting can be much harder if you are regularly consuming all the sugar and calories found in most sport’s drinks.

So, if you are bored of water and you aren’t too concerned with losing weight quickly, you might want to try replacing water with another type of liquid. However, water is much better for those who are trying to stay on a rigid diet.

The Danger of Overhydration When Working Out

Usually, when people talk about hydration, they focus on becoming dehydrated due to exercise. This is obviously because in most cases, people do not get enough water. But, there are some people out there who have issues with overhydration. You do not hear about overhydration as much because fewer people suffer from it, but it can be a major issue for certain groups of people.

For example, runners and those doing endurance training may overcompensate by drinking more water than they normally would. Drinking more water than normal is natural and needed, but the danger of drinking too much water is that it can dilute the sodium in your blood. If the sodium in your blood is diluted too much, you can start to suffer consequences, which vary in severity. In this article, we are going to over the dangers of overhydration.

One of the first signs of overhydration is headaches. You do not even have to be severely overhydrated for this to occur either. As far as symptoms go, the headaches are on the mild side and there are other, more severe symptoms that can occur.

One of the major signs of overhydration is nausea. All the excess water in your stomach and the diluting of sodium come together to make you feel sick. Very often vomiting will occur in addition to other issues like stomach pains.

One of the more serious symptoms associated with consuming too much water is severe muscle cramps. Obviously, if you are someone engaging in endurance training or you are trying to run, then muscle cramps can really throw off your whole routine. Muscle cramps are not the only muscle issue that can arise out of overhydration either, you can also suffer from spasms and weakness, but those are rarer symptoms.

Probably the second most severe symptom of overhydration is unconsciousness. It may sound unreal, but drinking too much water can cause you to pass out. As most of you know, passing out can result in other injuries, depending on where it happens.

n severe cases of overhydration, death can occur. It is extremely rare and you would have to drink an obscene amount of water to actually cause death, but it can happen. In fact, looking online for overhydration will give you several examples of people who died due to drinking too much water in a short period of time.